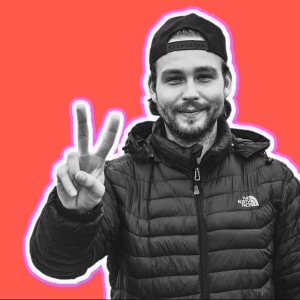 Ben Silbermann is a Co-founder and the CEO of Pinterest, Ben worked at Google as a non-engineer, after leaving Google he spent time working at places like the Hacker Dojo, and local coffee shops in the valley.

Four months after launching, Pinterest only had 200 users. And in terms of social media start-ups, that’s not many user. They had no press coverage, but the early users used it a lot. “The site grew by the same percentage (40%-50%) every single month. It’s just that the number started so low that it took a while to get going.”

We will keep it updated when further statistics develop. So, bookmark this page for later use.

98% of Pinners go out and try ideas they find on Pinterest—way more than the 71% social media platform average.

1 out of 2 U.S. millennials use Pinterest every month. Millennials say Pinterest inspires them to make dreams a reality, more than any other platform.

The average order value of sales coming from Pinterest is $50 – higher than any other major social platform.

98% of people report trying new things they discover on Pinterest, compared to 71% on other platforms

Pinners on Pinterest are 39% more likely to be active shoppers than non-pinners; when they shop, they spend approximately 29% more than those who don’t use the platform.

93% of pinners have used Pinterest to plan for, research, or make purchases.

40% of users have a household income of more than $100k per year, giving them substantial spending power.

77% of users on Pinterest have found a new brand or product.

61% of users say they’ve discovered new brands or products thanks to Pinterest ads.

60% of Pinterest households have children five years old or younger.

Promoted Pinterest pins typically earn $2 in profit for every $1 spent in ad costs.

67% of users discovered a new brand or product as a result of Promoted Pins.

1 out of 2 Pinterest users have made a purchase after seeing a Promoted Pin.

86% of people use Pinterest to plan life moments, big and small.

Does your business need a social presence? Explore our Social Media Management

Check out these recent posts